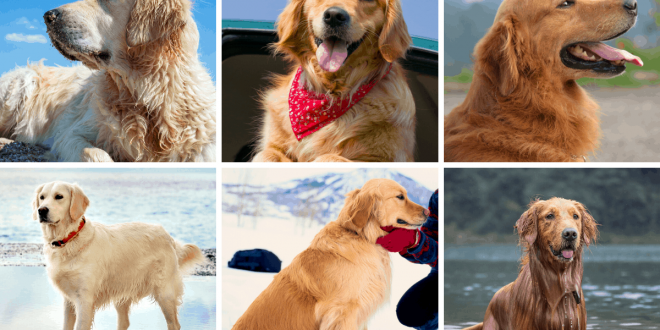 They have shorter coats with use ranging from gold to red. They are distinct for their high levels of energy.

They have excellent hunting and ability skills and make awesome family pets. They must be trained properly and be given a job to do.

You might find that field-bred Golden retrievers are mouthy. They were bred to grip things with their mouth.

On the opposite side of the spectrum are conformation Golden retrievers, otherwise known as show Goldens.

Show goldens were bred to have a certain look. This appearance is what dog show judges are examining on the show stage. These dogs must conform to the standards. What is the difference in golden retrievers?

Standards have evolved over the years, and currently, the standard favors a thick, robust, big-boned body and long full coats. Goldens must have a well-built head.

Red is a common hue in Golden retriever coats. A majority of field Goldens have a red or dark gold coat. If you see a Golden retriever with a red coat, there is a huge chance that it is a field bred.

These aren’t general rules; it is just a common trend. Some red Golden retrievers are big and with well-built heads as well as long coats. 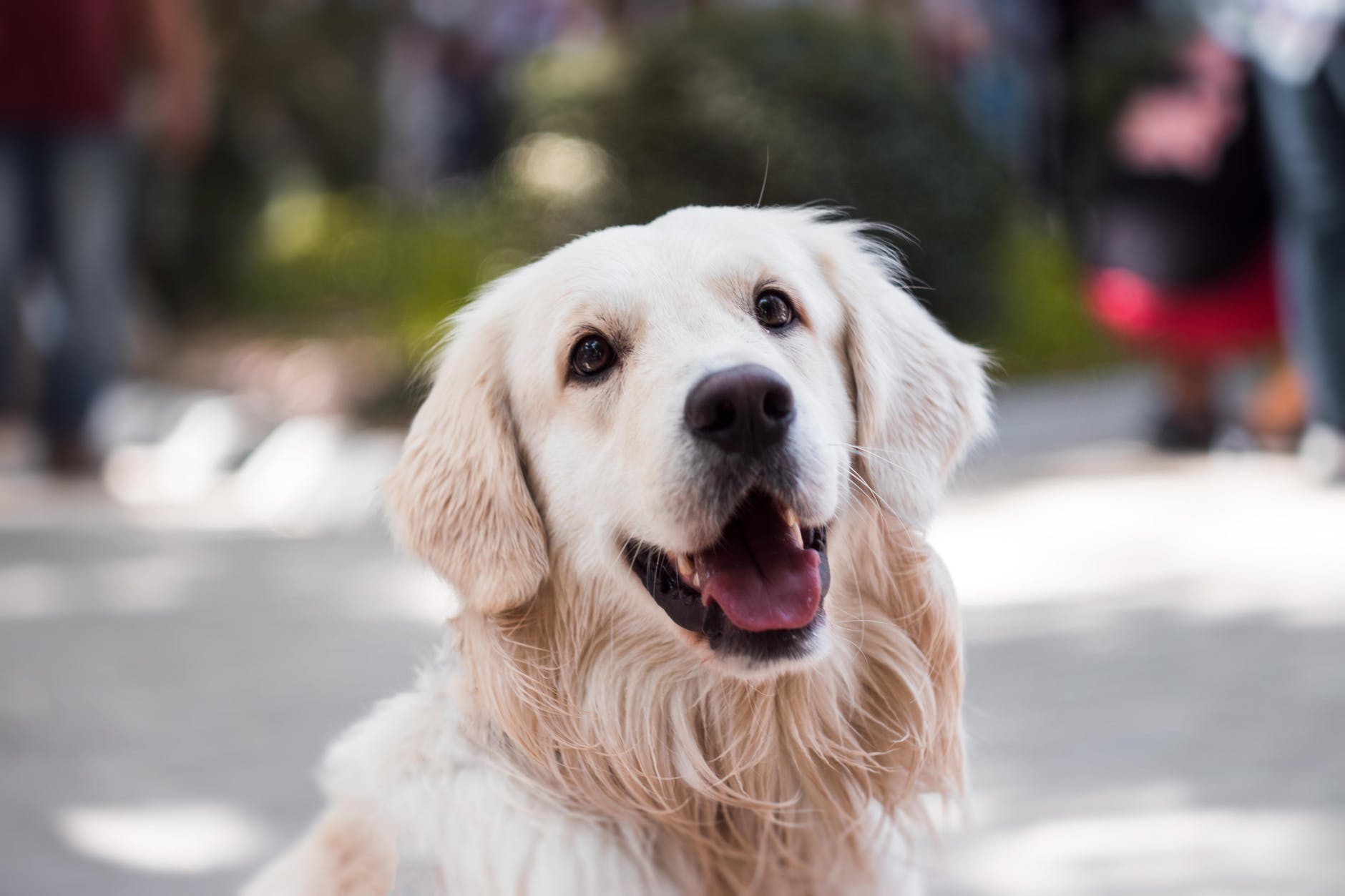 This type of Golden retriever comes by many names, and there are numerous myths about it. Some believe that they are healthier and have gentler temperaments. Some even claim they are not actually Golden retrievers.

Simply because they are white doesn’t mean they are superior to other Goldens. Instead, what you should look for is pedigree.

If your dog comes from a lineage of good-tempered ancestry from their parents to their grandparents, then they are likelier to be healthy and good-tempered dogs. It doesn’t matter what shade of color they come in.

The problem with a majority of Golden retrievers is people want to make a profit by selling Golden retriever puppies. Because of this, they irresponsibly breed dogs that are unhealthy and have problematic pedigrees. They might even breed closely related bloodlines.

When choosing a Golden retriever puppy, it is crucial to choose a reputable breeder that performs health and DNA testing for every dog they breed.

Although there are tons of myths about English cream Golden retrievers, there is some truth to it.

They are indeed stockier and have blockier heads and thicker coats.

They are also more expensive because people also have the impression that they are rare, so they will pay the cost.

This style of dog is also taller by as much as 2 inches. This makes this dog distinct from the other three styles.

These golden retrievers are distinct for their long and feathery and coat. This is a characteristic of the breed. They are smaller than Canadian Goldens but not by a far stretch.

There is only a small difference between British and American Golden retrievers. They have a similar appearance when it comes to size and coat. Their temperaments are comparable as well.

Their main difference is their physical build. British Goldens have a more robust skull and muscular forequarters. You will also observe that they have rounder and darker eyes.

This type of golden retriever is lankier and not as muscular compared to other varieties. They have typically dark Golden coats with a darker hue than their British counterparts. However, it is similar in length and waviness.

Although they have darker coats, the American Goldens will have lighter colored eyes, which are slant-shaped and triangular.

Similar to English cream Golden retrievers, they got this moniker because it helps breeders sell more puppies.

When you think about it, would you buy a Golden Cocker? Mini golden retriever sounds more elegant.

The goal of breeding mini Golden retrievers is to develop a smaller and healthier golden that sheds less.

There is a theory called hybrid vigor. It is the belief that mixed breeds are superior in health. Breeding smaller breeds such as mini poodles and cocker spaniel will create a smaller dog. Since they are part poodle, they will be shedding less. However, there are some doubts about these dogs.

Mini Golden retrievers sell double the price of true blue goldens. It can attract breeders who may want to be involved in the process for purely monetary benefits.

It is crucial to note that crossbreed puppies are inconsistent in their appearance. Some may veer towards one parent rather than the other. The optimum way to have puppies with a consistent appearance is to breed two crossbreeds. However, this may cause inbreeding in dogs. It is the reason why a majority of Golden retrievers are unhealthy.

Be extremely cautious where you obtain your mini Golden retriever. Make sure you’re purchasing from a reputable breeder. 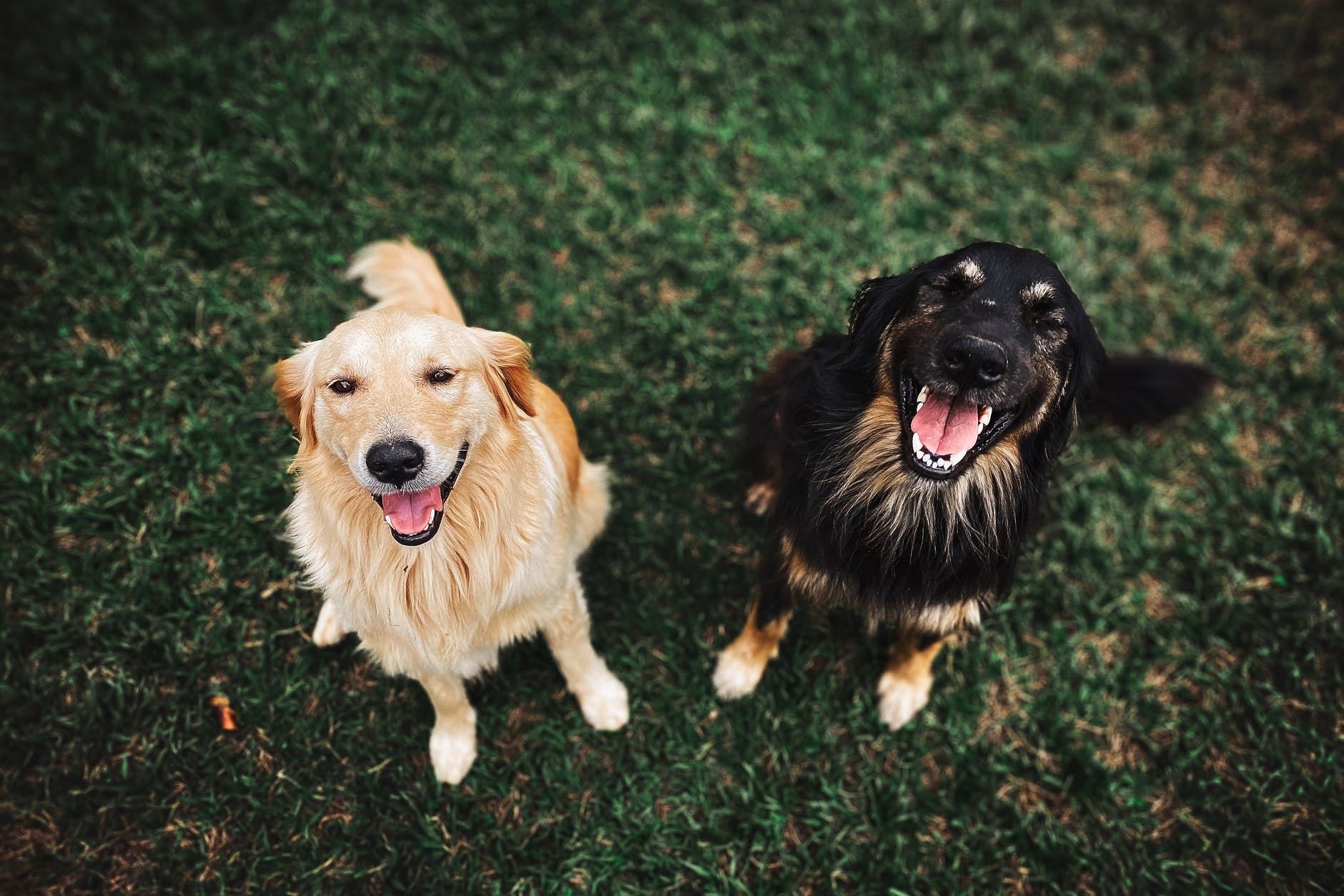 In truth, there is no such thing as a black Golden retriever. They don’t exist. They are included in this list because many people assume that it is one of the Golden retrievers’ official colors. They also have the impression that it is a genetic mutation.

If you find a dog that is similar to the black Golden retriever, it might be a different breed, such as the following:

Another method to differentiate golden retrievers from each other is by their color. Goldens are distinct for their luxurious locks that are a shiny golden color. Keep in mind that colors are strict, especially for show dogs. If a dog’s coat is out of the accepted color range, it cannot be registered under the AKC, nor can it compete.

The following are three classifications of golden retriever coat:

You should factor in the difference in golden retrievers when you are considering this breed as your new pet. It will help if you have an informed choice so you can select the best Golden retriever for your lifestyle and needs. Field goldens are awesome if you have a wide space for them to explore and satisfy their need to hunt. But they might not be the best choice if you live in a smaller area. Instead, laid-back show retrievers might be a better option.

Tom Thorpe has overtime interacted with different species of dogs mostly through breeding and training; according to him, man’s best friend is yet to find solace in the company of man, as they are continuously mistreated. He, therefore, runs a rescue center that provides shelter to stray dogs, and has been advocating for the rights of animals; the Golden Retriever dogs are among his favorites, the reason he came up with the extensive excerpts to help educate the society on the right treatment and care of the respective breed. Tom spends most of his time running his dog shelter; he is a husband and proud father of two boys and loves to go fishing during his free time.
Previous Best Companion Dog for Golden Retriever
Next Best Companion Dog for Beagle