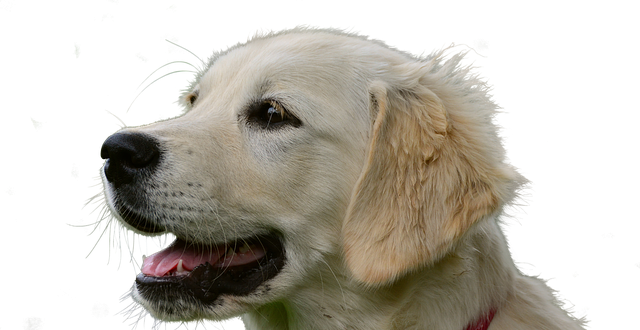 Generally, the Otodectes cynotis, which means the canine’s ear beggar, is the parasite that makes the Golden Retriever scratch his head continuously. And this organism is commonly found over the dog’s ear canal. They basically have eight legs and are usually seen. The dog’s ear wax and oils are the food in which this parasite munches in.

Actually, the Golden Retriever ear mites do not get in contact with the skin and don’t directly bite on it. However, due to continuous scratching of the dog, secondary damage may occur which may be too serious. These small ear beggars are extremely contagious between canines but it does not have an ability to infect humans.

Basically, this is the primary indication of the presence of small parasites on the Golden Retriever. The dog tends to scratch the head or shake it and rub the ears. 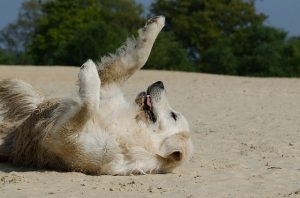 The discharge caused by the ear beggars on dogs appears like coffee grounds which is dark, reddish-brown in color. This is because of the obstruction of the dog’s ear making the blood blocked and dried.

Because of continuous scratching, development of cuts and ear infection will eventually occur. Basically, the cut that may lead to infection is the most common indication of this small parasite’s infestation.

Treatment for Ear Mites in the Goldies

Now that we already have an idea of how do ear mites occur within the Goldies and the possible indications of this kind of parasite infestations in dogs, it is time to treat this Goldie’s condition. Check the following step-by-step guide on treating the infestation caused by the Otodectes cynotis.

Initially, combine white vinegar and water of the same amount. Just make sure that the water is in warm temperature. Eventually, dip a cotton ball within the solution and wipe it to the ears of the Golden Retriever. Repeat wiping until the discharge and dirt are completely gone. Moreover, dry the inner portion of the dog’s ears by using a dry cloth.

After cleaning and drying the Golden Retriever’s ears, put about five drops of mineral oil on the dog’s ear canals.

In order to make the mineral oil take its effect, gently massage the ears of the Golden Retriever. Basically, leave the oil within the dog’s ears for around a couple of hours.

Finally, take away the excess oil on the dog’s ear by wiping the outer portion using dry cotton. Generally, for a period of three weeks, continue the cleaning and treatment of the parasite infestation. Do this on a twice a week schedule.

The Golden Retriever ear mites may be generally found feeding over the dog’s wax and oils within its ears. Aside from dogs, the small parasite may also infect other domestic animals such as cats, ferrets, and rabbits. Luckily, because of its inability to stay on the human’s skin, it doesn’t infest human. Moreover, the symptoms of the parasite’s infestation in dogs are highly noticeable and there are also ways to treat it. This way, you may prevent the continuous scratching of the Goldies.

Tom Thorpe has overtime interacted with different species of dogs mostly through breeding and training; according to him, man’s best friend is yet to find solace in the company of man, as they are continuously mistreated. He, therefore, runs a rescue center that provides shelter to stray dogs, and has been advocating for the rights of animals; the Golden Retriever dogs are among his favorites, the reason he came up with the extensive excerpts to help educate the society on the right treatment and care of the respective breed. Tom spends most of his time running his dog shelter; he is a husband and proud father of two boys and loves to go fishing during his free time.
Previous 6 Tips on How to Reduce Golden Retriever Shedding
Next Trimming Golden Retriever Feathers: Owner’s Guide