Golden retrievers are in demand the world over. They are popular because of their versatility. Goldens make awesome family pets because of their wonderful dispositions. They are also great at hunting and amazing show dogs. A Golden retriever’s progress through the different stages of puppyhood can only be described as irregular. You might be wondering what is wrong with your Golden. Overall, there will be nothing wrong with your Golden since growth is not a linear process for any breed. Instead, it might occur in spurts, especially the first 24 months of their life. However, it is crucial to monitor your puppy carefully during this vulnerable stage. It might be both fun and educational to watch your little golden puppy grow and develop. 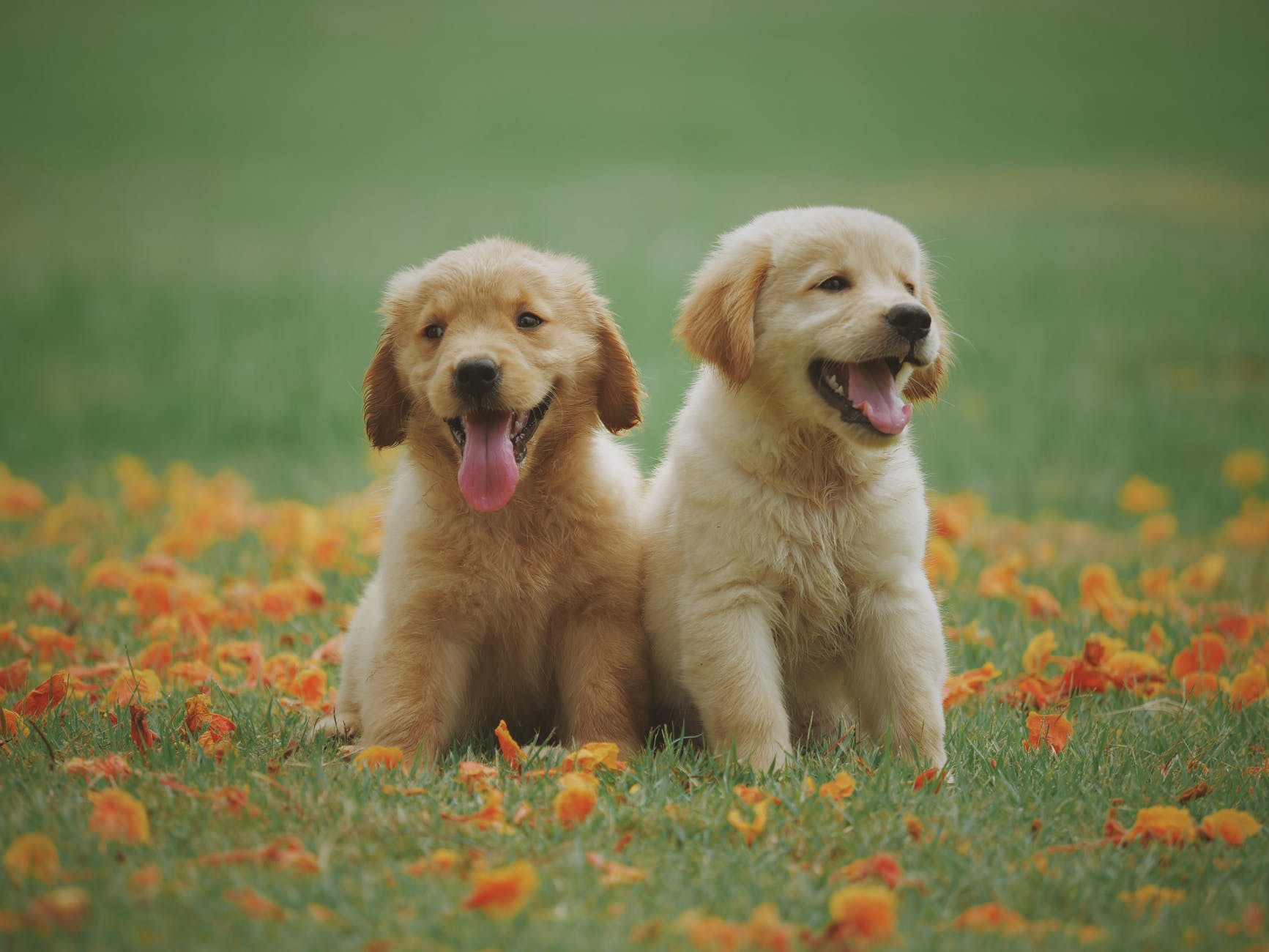 The initial five months of Golden retriever puppy behavior stages is the most vulnerable. They are at their most impressionable. This is the stage where you can shape the personality of your puppy.

In the first seven weeks of life, your golden puppy will be struggling to walk. They might be staggering and falling often. After growing several weeks after birth, the puppy will be able to develop stability while walking. It is extremely crucial at this point that the puppy is with their mother and litter. The mother will instinctively teach the puppy the necessary survival behaviors. During this time, the mother will teach the puppy the importance of obedience and affection. It is crucial to gradually socialize the puppy without separating it from the litter to get used to human interaction.

During the third month of the Golden retriever puppy behavior stages, it is important to introduce it to its lifelong human family. It is crucial to spend plenty of time with the new puppy for socialization. But be cautious about moving the puppy around eight weeks or even later. The puppy might get traumatized and experience fear. During this period, any traumatic experience will have a dramatic impact on the puppy. Make sure to mitigate these stressful experiences, and if they do happen, it is crucial to remove the puppy from fear-inducing situations at once.

During the fourth and fifth month of Golden retriever puppy behavior stages, especially the sixth month, the puppy is already acting like a spunky puppy with full energy and teeth emerging. Make sure to train good habits in them by laying down consistent rules. Be cautious that your puppy might suffer their second fear impact. It might occur during the fifth month or later.

During this Golden retriever puppy behavior stages, the puppy will act like a typical puppy—full of unlimited energy and plagued by growing teeth. Promote good habits in the puppy by enforcing rules. Be vigilant about the second onset of fear-impact, which might happen around the fifth month or later.

Training should begin immediately with group-based puppy training basic obedience. Keep in mind Goldens are eager to please and are extremely trainable. Training classes give them a chance to stimulate their need for physical, social, and mental activity.

You must establish a good working relationship with your Golden to build solid obedience skills. You should be able to overcome the challenges of handling a rebellious teenage Golden successfully. You should bond with your dog and develop trust. They will be exploring their potential and form friendships with other dogs and animals. It should be noted that not all dogs will like other dogs. Dogs are just like their human owners. 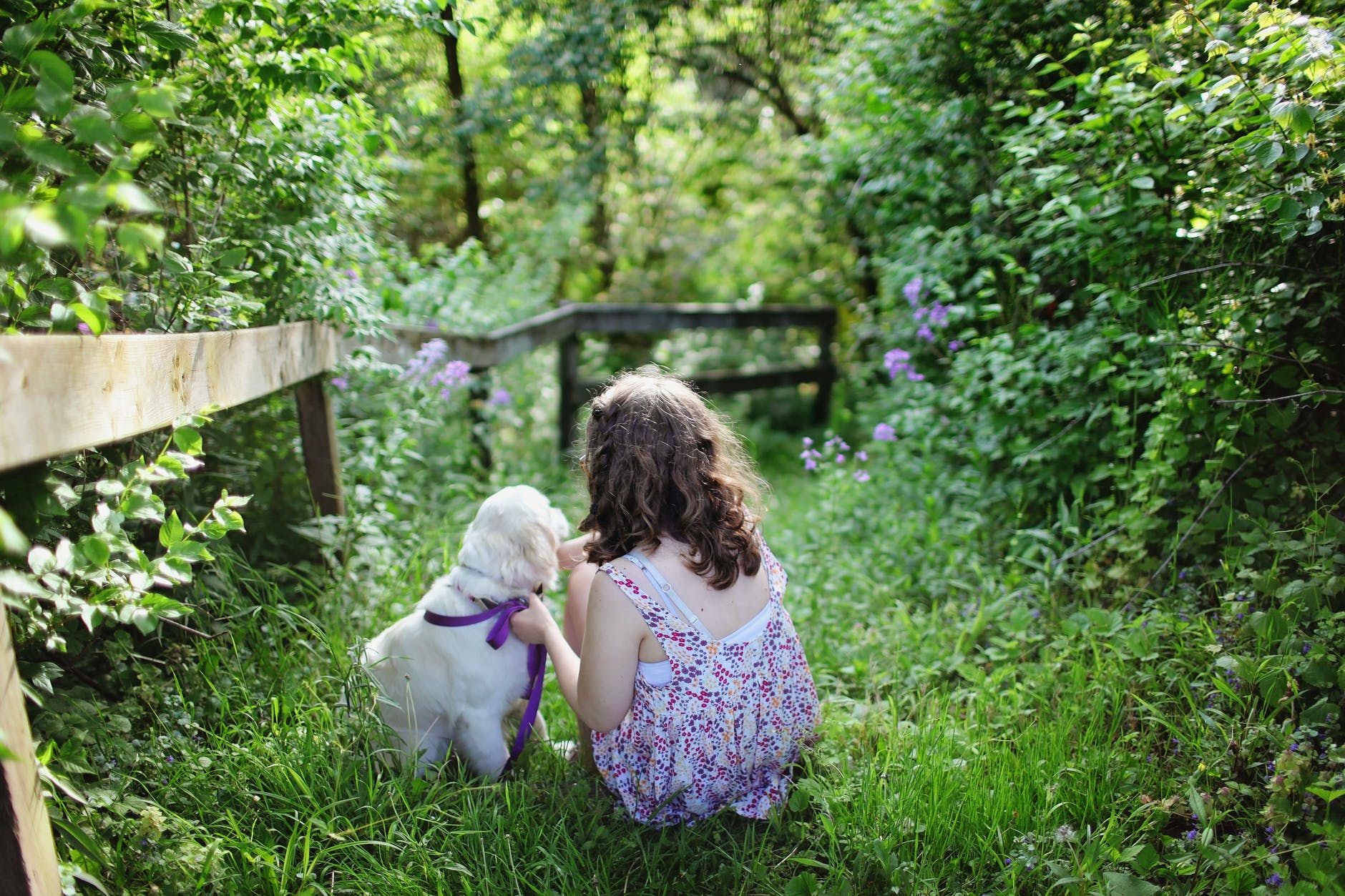 At this Golden retriever puppy behavior stages, they will tend to have a short attention span. They require various activities to expend energy. You might find that they will be teething at this stage. Goldens were bred to carry stuff in their mouth, such as waterfowl. You might find that your Golden will enjoy picking up things with its mouth.

Keep in mind that your Golden enjoys communicating. These dogs can be motormouths as well. They will be whining and barking. At this stage, it is crucial to focus on their style of communication. They must know the difference between friendly vocalizations and aggressiveness. Moreover, a dog owner must be able to interpret the body language of their puppy.

It should be noted that puppies might undergo a fear stage. Training enables your puppy to work through their common fears that might arise during this developmental stage. Purposely expose them to loud sounds such as thunderstorms, fireworks, and crying babies. They should also witness unexpected movements such as awkward elderly movements and children playing. Exposing them to these will help them develop coping skills. It prevents them from being fearful and recognizes these events as normal and harmless.

The purpose of training at this point is to establish schedules, rules, and routines. It is the time to lay down boundaries and expectations in the household. Make sure to explore and discover the talents and interests of your puppy. Most owners ask the breeder for a calm Golden who will simply sit on the couch with them during evenings. For this to happen, owners must stimulate their puppy’s intellectual, physical, and social needs regularly. After this, they will find that their Golden will be happy to sit by their side at night and watch TV.

At this point, you should build on the behavior and training established in the prior months. Training is extremely crucial.

Pet owners tend to prepare well for the baby stage, which is 2 to 6 months. However, they find themselves shocked and underprepared to handle their rebellious teenage Golden retriever. Unfortunately, this stage lasts much longer.

In this development stage, you will find yourself having to manage your Golden’s hormones. The sudden spurt can send them to behave in extreme ways. They might be cranky, occasionally feisty, and have bouts of brooding. It is crucial to find friends for your puppy. They must interact with other dogs to release their pent-up energy. They must engage in play such as frolicking and wrestling. Don’t expect your Golden to like the company of every dog. Similar to children, they will have their preferences. Respect the choices of your Golden.

Although they are over the teething stage, the Golden must indulge their instinct to have something in their mouth. You can stimulate this need by giving toys and instructing them with commands such as drop, leave, and fetch.

Keep in mind that at this stage, your puppy will require increased levels of physical stimulation. Engage them in exercises such as fieldwork, diving, and obedience. Scent games and hunting also prove exciting. It also helps them establish crucial traits such as teamwork and respect. At this point, your Golden retriever has overcome a difficult stage, and their well-mannered behavior becomes established.

But keep in mind that another fear stage might occur. Your dog must be able to utilize the coping skills they’ve learned to mitigate permanent fear behaviors.

At this stage, Goldens reach 80% of their growth. They are nearing 18 months and are closer to two years of age. You might find that their rebellious tendencies are diminishing. Female Golden retrievers might enter 1 to 2 heat cycles. 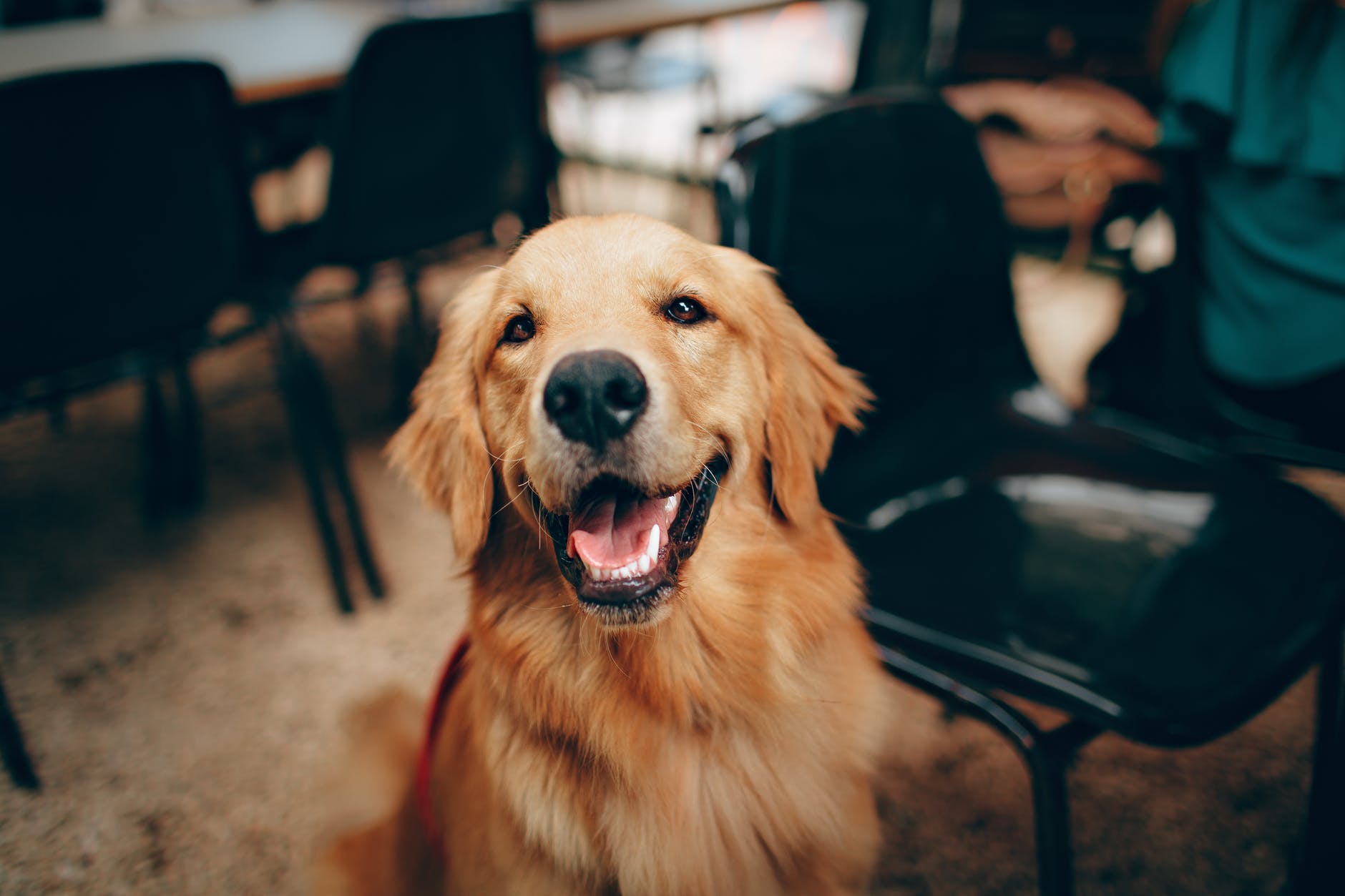 Training at this point should be well ingrained in your Golden. However, if earlier training wasn’t established, this is the ideal stage to focus on it. It helps if you were to provide activities that are fun and enjoyable.

Once they reach two years of age, the Golden will have reached the final phase of growing. But male Goldens will need another year to finish their full physical maturation, especially the development of their head and facial structure. In this stage, males and females should be neutered and spayed if you have no intention to breed them.

Making sure your Golden meets the breed standard of weight can be a challenging task. Teenage Goldens require higher numbers of calories. But as their calorie needs peak, there might be changes in their body, especially if they have undergone sterilization. Weight control becomes a challenge.

Their physical activity needs should be met. Goldens have athletic requirements similar to an Olympic athlete. The temperament and traits of the Golden come into full bloom at this point. It may be only nascent at the previous stages, but now it is fully manifesting.

Keep in mind that their physical and emotional development is fully complete. The owner must take advantage of this period and build a strong training and foundation with their Golden. If you invest time and effort in the first two years of your Golden retriever puppy behavior stages, you will have the perfect dog of your dreams that will be your companion for life.

The growth of your dog will occur in spurts and will depend on their genes. Ideally, you should help them grow slowly. There are plenty of dangers associated with a dog growing too fast. Risks include bone diseases and arthritis. These conditions are even more prevalent in large breeds such as Golden retrievers.

Overfeeding with low quality food results in growing too fast. When you examine ingredients on dog food labels, the first ingredient should be an animal protein source. If you find that your puppy is gaining weight, make sure to cut down the calories you give them.

Keep in mind that bigger is not always better. Make sure your dog is within the weight range of the stage they are in. Managing their food intake and activity levels keep them healthy and fit.

You must know the Golden retriever puppy behavior stages so you can meet their needs and requirements. It is crucial to monitor not only the health of your developing puppy but also their training. Puppyhood is the time to instill good behavior to have the perfect dog companion that obeys your household rules and commands. When you invest time and effort in training and interacting with your Golden, it creates the huge potential that they might just become your ultimate friend.

Tom Thorpe has overtime interacted with different species of dogs mostly through breeding and training; according to him, man’s best friend is yet to find solace in the company of man, as they are continuously mistreated. He, therefore, runs a rescue center that provides shelter to stray dogs, and has been advocating for the rights of animals; the Golden Retriever dogs are among his favorites, the reason he came up with the extensive excerpts to help educate the society on the right treatment and care of the respective breed. Tom spends most of his time running his dog shelter; he is a husband and proud father of two boys and loves to go fishing during his free time.
Previous Do Golden Retrievers Shed? Let’s Find Out!
Next Golden Retriever Food Guide 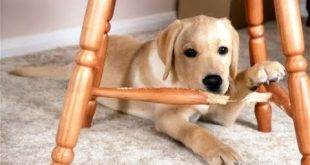 Why Does My Labrador Chew Everything? 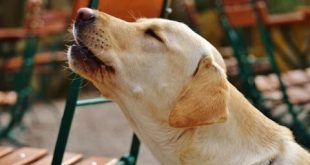 Why Is My Labrador Barking So Much? 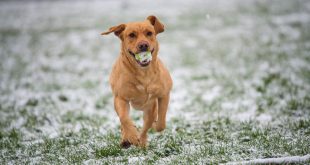 How Much Does It Cost to Adopt a Labrador Retriever? 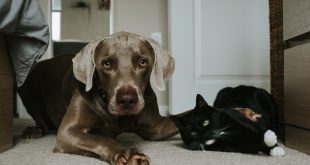 How to Introduce a Labrador to Cats: Can They Be Friends?

If you’ve ever owned both a cat and a dog, you know that they can …