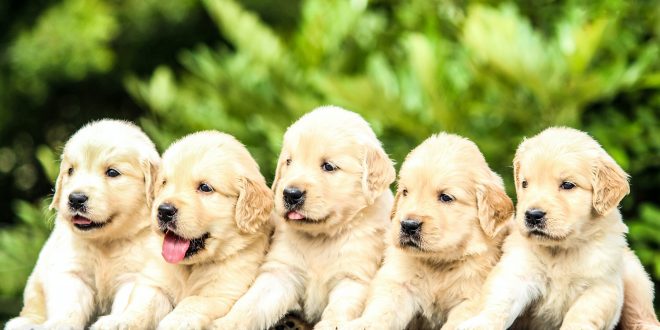 First of all, don’t panic and don’t jump to any conclusions first. What you need is a little self education in order to somehow figure out what’s going on in your golden retriever pup. This article will provide some of the most common causes of diarrhea that you need to know.

What is diarrhea in golden retrievers?

Let us first talk about what diarrhea is just to get a glimpse of an idea of what it really is just to avoid any misconceptions.

Diarrhea can be an unsettling experience for humans and this is the same case for every dog out there. It’s a common affliction for the canine. When a dog is experiencing diarrhea, its stool is usually loose or unformed, sometimes it comes in large amounts and sometimes small. Although diarrhea is not a disease per se, it can be linked to or a sign of various types of diseases. In addition, this simple illness can become serious to life-threatening.

Although you might not be able to prevent diarrhea. So, this cannot be taken lightly instead, do something about it if your golden retriever is experiencing diarrhea.

When your golden retriever is experiencing diarrhea, his fecal material is underdeveloped and it moves fast through the intestine with the lack of absorption of electrolytes, nutrients, and water. If your dog’s main problem is diarrhea, it’s likely a simple problem such as infection in the intestine due to bacteria, worms, or coccidia. Sometimes it’s a reaction against food intake or a change in the diet where the digestive system is not used to.

For golden retriever puppies, one of the most common cases is parasites. This is because puppies are vulnerable to sickness and disease. Although it’s normal for puppies to experience diarrhea this will depend on the level of intensity of illness, it can be mild to severe.

Diarrhea can lead to underlying serious health conditions one of these is viral infections, inflammatory intestinal disease, allergies, organ dysfunction, to name a few.

One of the common causes of the golden puppy’s diarrhea during nighttime is the sudden change of his kibble food. It’s not a good idea to change your puppy food so suddenly. Your puppy will probably have a stomach upset or it will not digest the new kibble food properly.

The common reason why puppies needed dietary changes is because of the vet recommendation. This is needed more nutritional value, due to expensive brand and can no longer afford to buy it. Thus switching to cheaper ones. Sometimes due to the low nutritional value of the kibble food.

Whatever the case in changing the dietary needs, your puppy will likely experience some digestive issues. This is when introduced to new kibble food and also while in the transitioning period. Although this is perfectly normal because your golden retriever puppy is adjusting to it.

It may be due to emotional distress, stress, or anxiety

Just like humans, dogs are emotional creatures. Their outlet for releasing stress in their body comes in many ways and one of it through the digestive system. If you ever feel your golden retriever puppy has emotional distress or feeling anxious, sometimes those feelings will respond to the digestive issues by becoming ill, just like a human’s response.

Among the reasons as to why your puppy is feeling emotionally distressed is due to feeling lonely or neglected. To prevent any emotional distress or having bowel irregularities, make sure that you give plenty of love to your golden retriever puppy. Always pay attention to them because they needed to be supervised all the time.

Nighttime diarrhea is sometimes caused by the side effects of antibiotics or medication which is fairly common. Your golden retriever may produce loose stool upon treatment of antibiotics. This is because the medication is fighting the infection and bacteria.

Also, medications may kill the harmful bacteria in your puppy’s body, but they are also capable of killing good bacteria that aids digestion. It’s like collateral damage. Meanwhile, antibiotics can also kill good bacteria as much as they kill bad bacteria this is because they cannot tell the difference between the two. Thereby this results in an imbalance in the stomach which leads to abdominal pain, stomach issues, and eventually diarrhea during nighttime.

The best thing you can do is to consult with your vet first and follow their specific instructions when giving your golden retriever puppy medication. Be sure it’s the incorrect dosage and read the label first. In addition, medication should be given along with food to at least reduce the negative effect on digestion.

Every dog has food intolerance and allergies at some point in its life but not all may experience this. The common reason why your golden retriever puppy has diarrhea at night might be due to their hypersensitive stomach. Most often, food rich in dairy, fat, or gluten is the cause. Therefore, it can lead to diarrhea or gas at night.

There are breeds that have particular intolerance because of their genes. Like Schnauzers, they have food intolerance with high fat content. For golden retrievers, it’s usually chicken and dairy products. The excellent way to combat them is by finding out your puppy’s vulnerabilities to a particular food.

Furthermore, researching the best possible diet with come consultation from your vet is the best key to alleviate any food intolerance and allergies.

At first, it’s very frustrating what foods to avoid and what should be eaten. But once you learn their food intolerance through a single out method, it’s better to stay with the specific foods that are okay to eat. Also, in order to strengthen your puppy’s digestive system, have them take food supplements focusing on probiotics or fiber.

Another reason why your puppy is having diarrhea at night is he might have an illness or a disease. These might be chronic or mild cases. One factor that must be considered is that diarrhea is just a secondary symptom that can be linked to severe health conditions.

Furthermore, those several health conditions include liver or kidney disease, and that diarrhea is just a precursor to an underlying serious illness. Some of these causes are due to trauma, parasites, toxic ingestion, congenital disorders, and even bacterial infections.

That said, it could be critical to a puppy’s health. If your puppy is having diarrhea and there’s blood for several days, now is the time to seek help from the vet. This can be fatal. It can be tumors or cancer in the intestinal tract. Don’t wait for another day if the problem still persists because your puppy’s life can be in grave danger.

Sometimes the reason why your golden retriever puppy is having diarrhea at night is fairly simple. It’s because your puppy has ingested a foreign object. All puppies are curious gentle little creatures who want to explore within their own little world. They will try everything that they can out into their mouths.

Puppies commonly ingest garbage materials, house plants, insects, toys, and even fabrics. These can be eaten if there’s no supervising them, and it can lead to digestive issues such as bowel irregularities, or worse — a blockage in their intestine.

Make sure to supervise your puppy at all times. Better yet, if you can’t supervise him at all times, invest in buying a dog play pen. That way, your puppy can enjoy exploring within the limited boundary.

How to Prevent Your Golden Retriever Puppy Experience Diarrhea at Night

Don’t be afraid to try other foods

In most cases, the reason why your golden puppy is experiencing diarrhea at night is due to food intolerance and food allergy. Sometimes pet owners aren’t aware that the kibble food is the culprit of their puppy’s diarrhea. Though you are feeding your puppy a top-tiered kibble food with the finest ingredients, if one of those ingredients isn’t digested well in the puppy’s stomach, it’s useless and may not be suited to your pet. The safest way to do this is to seek help from your local vet and discuss your puppy’s diet just to prevent any future bowel irregularities.

Taking your puppy’s stool annually is a good idea

Because golden retriever puppies are susceptible to many viral infections and parasites, it’s better to take a stool sample for your puppy. This is for further analysis. The common infection is an intestinal infection. It’s important to bring your puppy to a vet annually for his checkup to see if he is going well.

Fortunately, it’s much easier to detect the well-being of your puppy through fecal analysis which can be prevented if such parasites appear. That said, whenever your puppy is scheduled for a checkup, don’t forget his stool sample.

Don’t wait for too long

Early prevention is better than cure. Because the early you detect something is wrong with your golden retriever puppy’s bowel movement. Sometimes diarrhea act as a simple illness but when it’s taking too long, there might be an underlying or larger problem. There will be instances where relief or medication will not be enough.

That’s why even if it’s just diarrhea in its early stage if it doesn’t recede quickly, don’t hesitate to bring him to your vet in order to detect what went wrong with your puppy’s bowel movement.

Never allow your puppy outside without close supervision

You know what golden retriever puppies are. They are known for their high energy and active in exploring the outside in their own little world. But, take heed, if they are outside, always supervised them or have one family member supervise your puppy. You never know what your puppy will. Their curiosity can sometimes lead to harm — especially if there’s no one watching a young pup. Puppies often will eat anything they can put into their mouth whether trash, plants, shoes, or piece of fabric.

The only bottom line, if you have encountered your golden retriever puppy diarrhea at night, never take it lightly and wait for a day to treat them. Instead, act quickly as possible. Attend to their needs such as giving them basic relief or treatment just to ease the bowel irregularities. Because as we have learned, diarrhea can be devious. They can be mild infection to a severe condition such as cancer or a tumor in the intestine.

That said, educate yourself and learn to know the different angles and symptoms, and find out what’s wrong (if there’s any) with your golden retriever puppy. Monitor your puppy’s health as much as you monitor your health. Because as a pet owner, it’s your duty to take care of them.

Check the petmd for more infos about pet ailments.

If you like what have you read, also check this; Why is my Golden Retriever Pulling Out Tail Hair? — Health Facts!

Tom Thorpe has overtime interacted with different species of dogs mostly through breeding and training; according to him, man’s best friend is yet to find solace in the company of man, as they are continuously mistreated. He, therefore, runs a rescue center that provides shelter to stray dogs, and has been advocating for the rights of animals; the Golden Retriever dogs are among his favorites, the reason he came up with the extensive excerpts to help educate the society on the right treatment and care of the respective breed. Tom spends most of his time running his dog shelter; he is a husband and proud father of two boys and loves to go fishing during his free time.
Previous Best Food For Goldendoodle With Sensitive Stomach — OUR 5 PICKS!
Next Golden Retriever Rash On Belly — Top Reasons Why