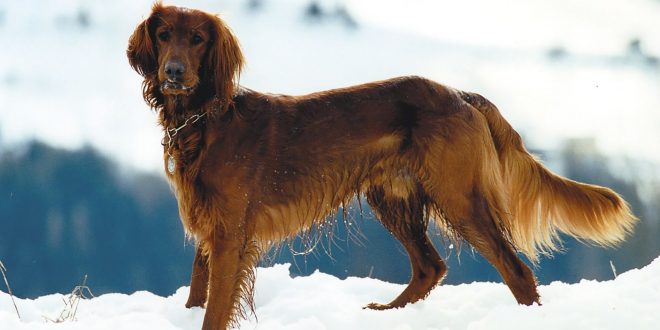 If you are looking for a new dog to pet with, you may filter down your choice between the Irish Setter and the Golden Retriever. However, to be able to get the best one, the initial thing to do is to understand which is better from Irish Setter vs Golden Retriever. Sometimes, two dog breeds may share some commonalities. But, since all dogs are not created equal, there may still be differences between them which could make the other stand out from the rest.

To begin with, let us first try to have an overview of the good qualities and some drawbacks of an Irish Setter. This will generally help us to determine which is better between Irish Setter vs Golden Retriever. Generally, the Irish Setter is a very elegant dog which comes with clownish, rollicking, impulsive, and flighty characteristics. 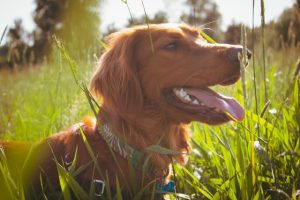 However, during their adolescent stage, the lively Irish Setter may be a little bit destructive for a period of about two to three years. Enough exercise and obedience training is the key to eventually make this dog breed a more dignified and aristocratic one. Moreover, the Irish Setter is highly sociable and can easily get well with people and other pets.

On the other hand, triggering sights and smells may typically distract the Irish Setter very easily. When it comes to training, you must bring patience and persistence with you, but remember to forget harshness as this dog breed is a very sensitive dog both on the physical and emotional aspects. The Irish Setter also do have long memory retention so learning something will let them hard to forget it over a long time. This also means that if they learn bad habits, it would be generally hard to break.

Moreover, they also tend to be cheerful, trustworthy, and very forgiving. The Golden Retriever is highly adaptable to any kind of lifestyle when you give him a brisk walk every day. Aside from that, once a week running and playing fetch games with them is also a good idea. They basically tend to bark but as a welcoming sign for everyone and not as a protection for themselves.

Even for long years, the Golden Retriever may be an enthusiastic little pup which could be generally achieved by early obedience training. This will basically help to instil calmness and good manners on this dog breed. Aside from that, their eagerness to please and respond to anything is being distracted by triggering sights and sounds. So, again, be patient and persistent with this dog breed.

The History of the Irish Setter vs Golden Retriever

Originated from Ireland, the Irish Setter is generally recognized due to its wonderful red or mahogany colored coat. They came from the Setter group having a solid pedigree and also called as the Red Setter. During the 1800s, this dog breed was finally brought to the United States. Today, their appearance tends to look having long medium floppy ears, brown eyes, and deep chest. 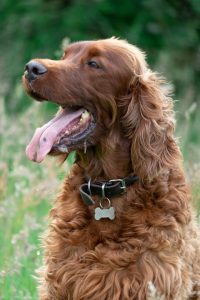 Basically, the Irish Setter is a dog with large body build. It looks elegantly beautiful and measures about 61 to 71 centimeters in height. When it comes to weight, it falls on an average of 25 to 34 kg. It has a generally rich coat that comes in red color and usually in medium length which is distributed on almost every part of the body.

In terms of the temperament of the Irish Setter, it is very playful, sociable, and has a high level of energy. Generally, the Irish Setter gets along well with kids inside the home making it to be a great family pet. This dog breed typically bred for the purpose of hunting game birds because it has a great sense of smell. Irish Setter is an intelligent dog and alert which makes them very easy to learn.

One of the important things to remember in terms of distinguishing an Irish Setter vs Golden Retriever is the popularity of the latter. The Golden Retriever usually sits on the top ranking of dog breed in the United States. This dog breed is generally intelligent and pretty. You can also see it to be very active and playful most of the time.

Proper Caring of the Irish Setter vs Golden Retriever

Caring for the Irish Setter

Basically, if you want to have a dog that is highly active with lean muscles, you may go for an Irish Setter. They actually love to run and explore the wide-open spaces which require having long walks if you are residing in a city. But, if it grows as a country dog, it may run off freely for hours and returns home eventually.

The Irish Setter is generally a dog breed that lands on a hunting job which makes it incapable if placed on the small back yard. It is a dog that usually requires social activities and likes to get along with humans. It basically relies on its human family for it to be included in all of the activities.

Since the Irish Setter is an active dog having lean muscles, it needs a nutritional diet to maintain their build. Moreover, feeding it with commercially available kibbles needs the purchasing of the one with premium quality ingredients. Mix it with some proteins like cooked chicken, vegetables or brown rice to make it more nutritious.

Additionally, raw meats can also be helpful as an addition to this diet. Basically, it is better if you will avoid giving the Irish Setter with processed foods. One more thing to remember is that you should not leave this dog breed without a good supply of cool and freshwater.

Caring for the Golden Retriever 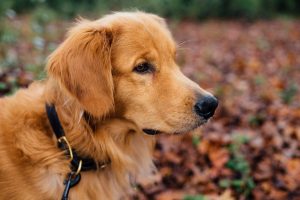 To add more nutrition over their diet, try to add some potatoes and flaxseed. Aside from that, incorporate some chicken fat to maintain its healthy skin. Chicory root and chelated minerals are also beneficial for the maintenance of its health.

Additionally, as they grow older, the Golden Retriever must be fed with normal nutritious food and any protein-containing food. These foods will basically give them ample energy that they need.

There are lots of commonalities as well as differences between Irish Setter vs Golden Retriever. Both of them basically are wonderful dogs which make them fall under the category of hunting dogs. Since the Golden Retriever faces more health concerns, the Irish Setter may generally longer compare to the previous breed for about 3 years more. However, putting them under the early obedience training may lead these two breeds as well-grown dogs as they age.

Tom Thorpe has overtime interacted with different species of dogs mostly through breeding and training; according to him, man’s best friend is yet to find solace in the company of man, as they are continuously mistreated. He, therefore, runs a rescue center that provides shelter to stray dogs, and has been advocating for the rights of animals; the Golden Retriever dogs are among his favorites, the reason he came up with the extensive excerpts to help educate the society on the right treatment and care of the respective breed. Tom spends most of his time running his dog shelter; he is a husband and proud father of two boys and loves to go fishing during his free time.
Previous Things to Know About Golden Retriever Puppies 2020
Next How Fast Can a Golden Retriever Run? Goldies Guide 2020!