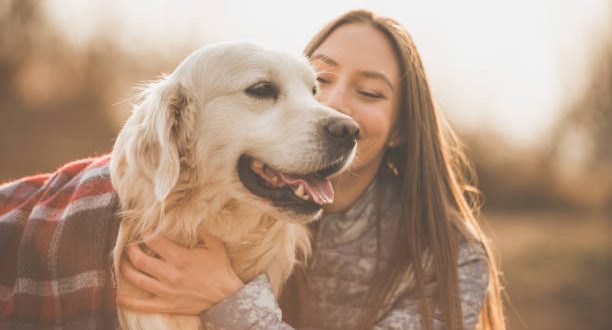 What is the Best Age to Spay a Female Labrador?

Most dog owners, if not all, are aware that neutering their pets is an option. Neutering or spaying is a healthy choice that can keep unwanted babies from happening and has many other benefits. However, there is often disagreement regarding the best age to spay a female Labrador.

What’s more, the matter is complicated by the fact that recommendations often vary depending on the dog’s breed, size, or lifestyle. Indeed, the situation is sometimes considerably more ambiguous for female canines. Again, the question is all about the best to spay a female Labrador?

What is Involved in Spaying?

However, ovariectomy is becoming increasingly common as keyhole surgery becomes the norm. After complete ovarian removal, there is no physical reason to also remove the uterus if it is in good health. This is a good result because it means that spaying can be done faster without losing any of its effectiveness.

Why Spay a Female Dog?

Most veterinarians advise spaying a female dog if the owner has no plans to reproduce with her. There are several positive outcomes associated with spaying:

✔️The possibility of the dog contracting pyometra has been completely nullified (womb infection) which is extremely prevalent in elderly female canines of both sexes and can be fatal.

✔️Prevention of ovarian and, in rare situations, uterine cancer in dogs.

✔️Dogs are less likely to get breast cancer if they are spayed or neutered before their third season.

✔️The dog won’t have to worry about a “false pregnancy” or “pseudopregnancy,” which can be upsetting.

Additionally, you won’t have to worry about your dog going into season every six months. No bruises, no uninvited male attention.

More Reasons to Have Your Lab Spayed or Neutered

Sterilizing your Labrador Retriever may result to prevention of health problems. Experts on animals claim it’s especially important for males, but don’t take their word for it. Female canines can be more territorial and aggressive than their male counterparts. Spaying and neutering animals have benefits beyond just reducing the risk of infection. Even more impressive, it can increase their longevity. Why you should get your Labrador fixed, and more reasons.

Most vets will tell you to get a male Lab neutered if he won’t be used for breeding or showing. This is because, just like in men, testosterone can make male dogs act in ways that are not good. Male intact Labs may exhibit territorial behavior, whether toward people or other animals.

If you don’t do something about this, your dog may act aggressively to show who is in charge of the pack. Even when they’re not sexually active, intact males might be difficult to manage. This could make training a male Lab more challenging.

From February through April, coyotes are more likely to attack intact male dogs. While this is more common in rural regions, urban areas are seeing an increase in coyote activity. Coyote packs will often send out a female scout who is in heat in order to lure in prey such as your male dog.

The remainder of the pack will find your dog, who has been sent out as a scout and will jump him without warning. Because of this common strategy, many dogs disappear at the beginning of the year, and those that return often have mange or rabies.

When you have your dog spayed or neutered, you will be doing everything possible to ensure that he or she lives as long as possible. By getting your dog fixed, you lower the chance that he or she will get cancer or another disease that Labrador Retrievers are prone to.

Repairing your Lab could help avoid the following diseases and conditions:

Spaying a Dog: the Best Age for the Procedure

In a nutshell, it’s open. According to common wisdom, spaying should be performed between three and four months following the end of a season, or about the time a dog is six months old (often they’re first). As it turns out, the decision isn’t quite so black and white. There are several aspects to think about.

The fact that some large breeds, like Golden Retrievers, Labrador Retrievers, and German Shepherds, may be more likely to get cancer and joint diseases after standard neutering is the most worrying thing that has been found.

Despite the findings of recent studies. many veterinarians now advise waiting until the dog is at least a year old before having spayed or neutered. The decrease in risk from earlier spaying must be evaluated against this potential loss. Because the dog could get pregnant, consulting a vet is the key.

Spaying or neutering a Lab between the ages of six and twelve months saves about one in every twenty of them. The best age to spay a female Labrador appears within 12 and 23 months. Before this time, the danger is at its highest, and after it, it rises slightly; however, it is still a period worth thinking about.

Many shelter dogs and canines in other countries are spayed before they reach sexual maturity, often as young as 6 months. Prepubescent sterilization describes this procedure. Neutering before puberty has many benefits, such as shorter hospital stays and faster healing. The a very low chance of getting breast cancer in the future.

But, as was already said, early neutering or spaying can make certain large dog breeds more likely to get orthopedic diseases and other cancers. And it may raise the possibility of developing urine incontinence at a younger age.

It’s best to fix a Lab as soon as possible, but if that’s not possible, don’t stress over it too much. This action is still needed to keep the number of pets in check and lower the risk of health problems. If your Lab is now married twice, though, fixing him won’t protect him from these dangers.

In the same way, correcting a dog when it’s an adult might not stop new behavior problems from happening. Once a male dog’s hormones have begun to flow or a female dog has experienced her first heat, it is too late to get her spayed or neutered. This means that as the Labs get older, it wouldn’t be the best age to spay a female Labrador.

The Downsides of Spaying a Female Labrador

It goes without saying that the anesthetic and surgical procedures involved in spaying a dog carry their own set of dangers. With modern techniques and most animals being young and fit, this danger is minor.

It is well known that spayed female dogs are more likely to have accidents than intact female dogs. Spaying a large dog before the age of 6 months increases this risk. Additionally, incontinence can start earlier in life. Nevertheless, the illness is frequently successfully addressed with medication.

There was an operation performed. Surgical castration (spay or neuter) has the same risks as any other operation, so here’s a quick rundown of what the study (described below) says happens to the breed depending on when the procedure was done.

✖️Some of these conditions are torn or broken cranial cruciate ligaments, hip dysplasia, and elbow dysplasia.

Are There Other Options?

Luckily, there are alternative options available if you do not want to perform surgery to your dog, even if it is done on the best age to spay a female Labrador. Yes! Almost certainly, these problems are caused by a lack of hormones. However, there are a few ways to keep hormone levels up without encouraging reproduction.

The uterus and a small section of the ovaries are surgically removed. As a result of having them removed, your female Labrador will no longer be fertile. She will still have ovaries, she will still generate hormones, and she should face the same risks as an intact female. Then, minus the possibility of pyometra. The need to procreate might persist, though, it might be very dangerous if a male dog attempts reproduction.

Have you heard that there was once a time when surgical castration was illegal in Norway? Chemical castration is widely practiced in Sweden, Denmark, and Norway. Your dog will need an injection every six months to cut his testosterone level by about half. Experiments have proven that this is an efficient way to temporarily neuter your dog.

Q: Does it make sense to wait until a female dog goes into heat before spaying her?

Spaying your dog before having a heat is ideal from a health perspective. The likelihood of developing a breast cancer is drastically cut. Waiting until after a dog has had two heats before having her spayed dramatically increases the likelihood that she may develop a malignant mammary tumor.

Q: Can you tell whether spaying a female lab helped her relax?

Your dog’s hyperactivity is not expected to decrease after spaying or neutering, unfortunately. The individual’s character won’t shift significantly, if at all. Both good and bad social behaviors exist in all breeds of dogs.

Q: In what time frame do labs typically recover from spaying?

It takes between 10 and 14 days for most pets to feel completely recovered after surgery. Keeping your pet quiet and not letting them jump during this time is essential to prevent the incision from opening again.

You can’t immediately alter your female or a male Labrador Retriever. In the case of your female Lab, rushing her to be spayed can actually increase rather than decrease any health concerns. That means you’ll have to hold off until they’re of legal age. Typically, this ranges from 12 to 23 months.

Keep in mind that spaying or neutering an animal may not solve any animal’s behavioral issues. And while addressing health concerns, later on, will assist. It won’t do nearly as much as it could have done before they reached full adulthood.

Tom Thorpe has overtime interacted with different species of dogs mostly through breeding and training; according to him, man’s best friend is yet to find solace in the company of man, as they are continuously mistreated. He, therefore, runs a rescue center that provides shelter to stray dogs, and has been advocating for the rights of animals; the Golden Retriever dogs are among his favorites, the reason he came up with the extensive excerpts to help educate the society on the right treatment and care of the respective breed. Tom spends most of his time running his dog shelter; he is a husband and proud father of two boys and loves to go fishing during his free time.
Previous Best Companion Dog for a Labrador: A Friendly Encounter!
Next What Is A Silver Labrador Retriever?