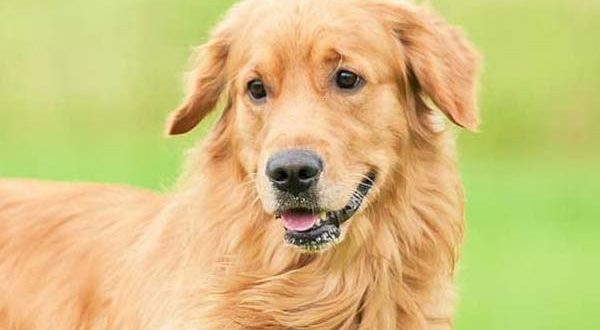 When to Neuter a Golden Retriever?

When to Neuter a Golden Retriever?

Neutering is a common procedure that results in several benefits for both the owner and the pet animal. A majority of Golden retriever owners will get their pets either neutered or spayed to avoid an unwanted litter. But some owners do it to prevent health problems. When to neuter a golden retriever? A study revealed that more than half of golden retrievers die from cancer. Neutering can be a preventive solution for serious illnesses to help your Golden retriever live a long and healthy life.

Why Resort to Neutering?- When to Neuter a Golden Retriever? 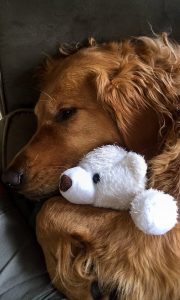 Neutering is the process of removing a dog’s reproductive organs. It can be total or partial removal. You may want to get your Golden neutered for the following reasons:

It is crucial to consider your dog’s age prior to getting them neutered or spayed. Your dog’s age of neutralization plays a crucial role in their future behavior, hormonal development, and growth. In some cases, it will even influence their life span.

What Is the Best Age?- When to Neuter a Golden Retriever?

There is a lot of argument about the best age to neuter a Golden retriever. However, two top options will be before 12 months of age and after 12 months. The following are the advantages and disadvantages of both sides of the debate.

Neutering Before your dog reaches one year

Behavioral issues in Golden retrievers increase after sexual maturity. In the past decades, vets recommend that you get your dog neutered prior to reaching sexual maturity. However, recent studies reveal contradicting evidence.

The development of the sex hormones is crucial to your dog’s growth. Thus, getting them neutered before they reach the age of one year can have grave side effects on their health.

For example, a male golden retriever that is neutered before reaching the age of one has an 80% risk of developing hypothyroidism compared to dogs neutered after the age of one.

Similarly, a female retriever neutered before reaching the age of one will have a 60% risk of developing hypothyroidism compared to those neutered after a year.

Studies even show that dogs that are neutered before their sexual maturity have a tendency to grow taller. This is bad news for your retriever since taller retrievers are believed to have a shorter lifespan. Short male Golden retrievers can live at least two years longer compared to short retrievers. Similarly, short female retrievers will live more than a year than tall female retrievers.

Goldens neutered prior to sexual maturity also develop a thinner bone structure. As a pet owner, you should consider possible side effects before making a decision.

There are several side effects of neutering a golden retriever early. It impacts agility. Golden retrievers are at high risk of hip dysplasia and joint pain. Spaying or neutering early may impact the ligament and promotes other orthopedic injuries.

Female retrievers who are neutered prior to the first heat cycle are at an increased risk of developing urinary incontinence. It is common in retrievers, and most do not respond well to treatment. There is some evidence that suggests that the risk of urinary incontinence is less severe in females after the onset of sexual maturity.

Mammary cancer can easily be detected via regular examination. It is unlikely that your Golden retriever will develop mammary cancer at once. A majority of mammary cancers can be treated by surgery, as well as additional therapies.

Males with double testicles located on their abdomen are at a higher risk of testicular cancer. They should be neutered prior to reaching the age of 15 months. Doing this eliminates the chances of developing cancer.

The best age to get a male golden retriever neutered is around one year of age just after sexual maturity. It helps your pup grow optimally. It also minimizes the risk of orthopedic injuries in your retriever.

Several vets recommend waiting up to two years before the procedure. Neutering your dog after they reach two years of age will not make much of an impact on their behavior. If the behavior is your concern, it is best to wait it out and delay the procedure.

During this period, you must make sure there are no breeding accidents.

When to neuter a golden retriever? When it comes to male retrievers, it is recommended that they are neutered at 14 months of age.

When to neuter a golden retriever? When it comes to female golden retrievers, their sex hormones play a crucial role in their growth. It is best to wait out the first heat cycle prior to getting their reproductive system removed. Once again, it is crucial that you are vigilant and keep them on a tight leash and never allow them to leave the house.

When to neuter a golden retriever? The best age for neutering your female retriever is at 10 months at the maximum. Some females will be in heat as early as five months, so make sure to be vigilant about this.

These are only suggestions, and it is best to talk to your vet to know the best age to neuter your Golden retriever.

Caring for Your Dog After Neutering- When to Neuter a Golden Retriever? 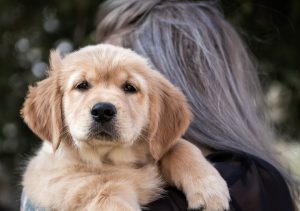 You may have to follow these steps for optimum care of your dog:

Make sure to keep your dog rested. It is vital that they are kept away from other dogs to avoid accidents and too much physical activity.

Never allow your dog to jump up and down on the furniture, especially if the vet advises it. The ideal recovery period will be for two weeks.

Utilize a cover to protect the incision. It is an assurance that your dog will not lick the stitches so it will heal properly.

Examine the incision routinely. Look out for signs of redness and discharge. Call your vet at once if you notice any of these signs. Your Golden retriever might have an infection and may be in extreme pain.

Never bathe your dog for at least 10 days right after the procedure. Consult your vet prior to bathing your dog even after the 10 days are over.

As a precautionary measure, discuss pain medication with your vet prior to getting your pup undergo surgery. In most cases, it is not required. However, it is good to have it ready and on hand. Pain medication may be useful if you find your dog is becoming lethargic or have decreased appetite.

If you find your dog is energetic and active, then they are probably healing well. Contact your vet immediately if your retriever is suffering from diarrhea or vomiting after the procedure. Even though vomiting is typical after neutering and spaying, prolonged and extreme vomiting in addition to an upset stomach can be alarming.

Health Consequences Associated With Neutering- When to Neuter a Golden Retriever?

Neutered goldens have a greater chance of developing hip dysplasia. Torn ligaments characterize it. However, some evidence suggests that the risk is increased in dogs neutered before sexual maturity. Hip dysplasia is typical in Golden retrievers, but torn ligaments are less common but not rare. These diseases can be treated by surgery, but it can be costly, and success may differ depending on variables.

When to neuter a golden retriever? There is some evidence that your Golden retriever may develop heart problems. It is greatly increased up to five times in neutered dogs. The risk of hemangiosarcoma is also increased. It is a common cancer in a golden retriever, which causes the death of one in five Golden retrievers. A majority of these tumors occur in the spleen area. A few but a substantial number occurs in the heart. It is a rapidly progressing disease and incurable.

When to neuter a golden retriever? Several studies also suggest that bone cancer is significantly higher among neutered dogs compared to intact dogs. However, some evidence suggests that this increase is not as substantial when neutering occurs prior to sexual maturity. This type of cancer will affect about 5% of goldens, and it is not curable.

When to neuter a golden retriever? Dogs that are neutered before sexual maturity become taller. It is an unnatural genetic expression. Their bone structure becomes altered toward a narrower and lankier appearance. Taller goldens tend to have shorter lifespans than normal shorter goldens. Goldens of normal height will outlive their taller counterparts for one to two years. It is extremely unlikely that neutering a golden retriever before sexual maturity will impact the dog’s height from short to tall. However, it will make a slight difference in height, which can impact their lifespan.

When to neuter a golden retriever? Females that are neutered will have an increased chance of developing urinary incontinence than those that are intact. However, some evidence suggests that this risk is lessened with dog’s neutered before sexual maturity. Urinary incontinence is not a typical health issue in goldens and can be treated successfully.

When to neuter a golden retriever? Female golden retrievers neutered before their first heat cycle will have fewer chances of developing mammary cancer. When a female is neutered after the first heat cycle but before the second, the risk of developing this cancer increases by up to 40%. If a female is still not neutered until after their second heat cycle, this risk is increased by as much as 13%. If diagnosed early via mammary exams, a majority of mammary cancers can be treated successfully by surgery and therapy.

However, there is some bad news for intact golden retrievers since they are at significant risk of developing pyometra. It is a serious uterine infection that may occur with every heat cycle, particularly when they have already reached five years of age. Pyometra is common among golden retrievers and is a rapidly progressing disease. It must be diagnosed at once for successful treatment.

This is bad news for golden retriever males that are intact. They are at increased risk of developing an enlarged prostate gland as they reach their senior years. Specifically, when they are over seven years old. But, it is not a serious disease and can be managed successfully. Neutering the male dog is curative. It is not to be confused with prostate cancer, which is rare in the breed. 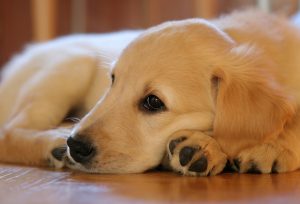 Golden retrievers are an amazing breed, and if you have chosen this dog as a companion, you probably treat them as your best friend. However, despite your Golden retriever’s positive qualities, it may not be in your best interest to breed them. It is crucial to breed according to quality to maintain the standards of the Golden retriever. Additionally, caring for a litter will cost time, money, and effort, and this can be a hassle if you have a career or a family that requires your attention. You may want to consider neutering your Golden retriever. When to neuter a golden retriever? Consulting with your vet and deciding on the best age to neuter your dog will mitigate a majority of the side effects of this procedure.

Tom Thorpe has overtime interacted with different species of dogs mostly through breeding and training; according to him, man’s best friend is yet to find solace in the company of man, as they are continuously mistreated. He, therefore, runs a rescue center that provides shelter to stray dogs, and has been advocating for the rights of animals; the Golden Retriever dogs are among his favorites, the reason he came up with the extensive excerpts to help educate the society on the right treatment and care of the respective breed. Tom spends most of his time running his dog shelter; he is a husband and proud father of two boys and loves to go fishing during his free time.
Previous How to Cut Golden Retriever Hair
Next Are Golden Retrievers Good Hunting Dogs?